The stunning new Eurostar terminus at St Pancras International in London bristles with the latest high-performance fire detection and alarm technology, including no fewer than 5,000 Hochiki Europe sensors and sounders. Here, Graham Lowe, Sales Director, goes behind the Victorian building's public façade to reveal what has been put in place to safeguard passengers and staff alike.

The stunning new Eurostar terminus at St Pancras International in London bristles with the latest high-performance fire detection and alarm technology, including no fewer than 5,000 Hochiki Europe sensors and sounders. Here, Graham Lowe, Sales Director, goes behind the Victorian building's public façade to reveal what has been put in place to safeguard passengers and staff alike.

St Pancras station has been part of Britain's railways heritage for the better part of 150 years. Designed by William Barlow in 1863, it gained instant fame for its “Barlow Shed” train shed arch that spans 73 metres and is over 30 metres high at its apex; at the time, the largest enclosed space in the world. The Grade 1 listed red brick Gothic landmark façade fronting the station was the result of an architectural competition in 1865 and became the Midland Grand Hotel. In 1935, the hotel was closed and the building became railway offices, renamed as the St Pancras Chambers.

The station's restoration, remodelling and extension represents the last building block in the London-to-Paris high speed rail link that really got underway back in 1987 when work started on the Channel Tunnel. It will ultimately be used by over 45 million travellers every year, cutting the journey time from London to Paris to two-and-a -quarter hours on the new 186mph High Speed 1 – until November 2006 know as CTRL – dedicated line.

One of the largest transport hubs in Europe, St Pancras International now has 13 platforms, six of which are around one kilometre long and are devoted to international Eurostar services. The rejuvenated and remodelled station also now incorporates 47 retail outlets and designer boutiques on the undercroft, plus stylish Eurostar arrivals and departure lounges, and a further ten shops on the station platform level. It also boasts a daily farmers' market and, at 90 metres, the longest champagne bar in Europe. However, thanks to careful attention to detail and a sensitive understanding of the architectural importance of the National Heritage building, St Pancras International remains one of the greatest Victorian buildings in London.

System design and product selection, installation, testing and commissioning of the new and extensive fire safety solution for the station was undertaken by the Infrastructure and Rail Services division of EMCOR as part of its £310 million contract with Union Railways North for the refurbishment of St Pancras International. The team was headed by Peter Patrick, head of EMCOR's fire division and an expert at undertaking major infrastructure capital projects such as the Jubilee Line and Russian pipelines who, on this contract, managed four project managers, five commissioning engineers and more than 50 electricians.

In total, 5,000 Hochiki ESP – Enhanced System Protocol – analogue addressable devices have been installed throughout the entire site – with the exception of a few small retail outlets – on 14 Kentec Electronics' Syncro control panels and repeaters. A variety of Hochiki devices were selected, each chosen for its proven ability to combat particular fire risks in the huge multi-activity station. They included optical smoke sensors for back office and main passenger concourse areas; multi-sensors for more challenging environments such as plant rooms and workshops; heat detectors in kitchens and toilets; audio visual devices and base sounder beacons.

They are all automatically re-calibrated every 24 hours by the Syncro panels to compensate for any environmental contamination and to ensure that they continue to operate reliably at the specified sensitivity. Indeed, a key factor cited by Peter Patrick for the decision to opt for the Hochiki / Kentec solution was that Kentec panels are fully compatible with all of Hochiki's ESP protocol devices, and are configured to share system information and event details on a highly fault-tolerant secure network.

The success of the installation can be judged by the fact that the same solutions have been adopted to protect the two other new stations on the UK side of the London-to-Paris rail link. These are the new Ebbsfleet International Station near Dartford in Kent, and the new Stratford International Station near the City and Canary Wharf that is also central to the 2012 Olympic transport strategy, with forecasted passenger volumes of 25,000 a day to and from the Olympic Games' venues.

However, technical performance was not the only consideration with which Peter Patrick had to contend. He comments: “We had to take great care when installing the fire detection equipment, as it was vital to minimise any adverse aesthetic impact on the highly decorative Victorian architecture.” He continues: “Another major challenge was the need to install the new system in a station that was to remain open and be used daily by thousands of passengers. So the fire safety system had to be fully functional at all times.”

The installation is managed in the station's main control room where, around the clock, a 1.2-metre LCD screen displays the entire station and its fire detection system. This can provide an overview of the whole installation, or drill-down to show various levels of detail; if necessary pinpointing information on any specific device. If, for example, a fire is signalled, the precise location can be viewed on screen, and devices can be interrogated and, if necessary, isolated. The screen can even display the best evacuation routes.

With huge numbers of people converging on the station's platforms at peak travel times, and the travelling public's ever-present concerns regarding terrorist activities, ensuring the minimum disruption from false alarms was a paramount consideration. In the event of a confirmed fire, the Syncro system directly controls and monitors the station's voice evacuation system, which is audible in all of the station's public areas. However, in places where high levels of ambient noise may make it difficult to hear voice alarms, such as toilets, beacons are also fitted.

Hochiki optical smoke sensors are designed for both efficient detection and the virtual elimination of false alarms. The sensor's chamber incorporates uniquely angled baffles that ensure that internal reflections are not misinterpreted as an alarm condition. Precise positioning of the optics in the chamber enable it to also sense a wider range of fire types, so providing a more balanced response to different types of smoke particles. This is an Hochiki-developed technology that the company calls “high-performance flat response”.

The sensitivity of each device is set to match the prevailing conditions using the Syncro panel's intuitive Loop Explorer configuration software. Additionally, to allow the most suitable sensing mode to be adopted for a particular environment, the multi-sensors can be set to heat.

The main Syncro control panel was designed and engineered to meet High Speed 1 requirements. It incorporates 196 fire zone indicators, and a number of firefighters' control switches to allow plant to be managed anywhere in the network via Hochiki loop output relays. A repeater panel, with an emergency fire telephone, has been incorporated into the system for use by the fire brigade should an emergency condition occur within the main control suite.

Summing up his thoughts on the St Pancras International project Peter Patrick says: “Over the years I have used many different fire detection devices and I can truly say that Hochiki has time and time again proved to be the most reliable and best performing of them all”. He explains in more detail: “The key elements that I look for in a fire system are reliability, flexibility, good quality control, high performance and false alarm management. The last thing we need on a site such as St Pancras International is unwanted false alarms. With the synergy that has resulted from

Hochiki and Kentec Electronics working together, they have delivered superior product performance and hands-on technical support.” Just as Eurostar trains speeding out of the rejuvenated St Pancras International have established Britain's credentials in world-class high speed rail travel, so too has a new European benchmark for railway station fire safety been established.

So, the final words go to Peter Patrick:

“When implementing a life protection system, I will not make any compromises. A robust and reliable system is what I wanted, and that is exactly what has been delivered.” Hochiki Europe (UK) Ltd is headquartered in Gillingham, Kent, and has been active in the fire safety market in the UK since 1993. It is a subsidiary of the Tokyo-based Hochiki Corporation, a global business that manufactures more than five million detectors every year, and has the largest fire test laboratory in the world. 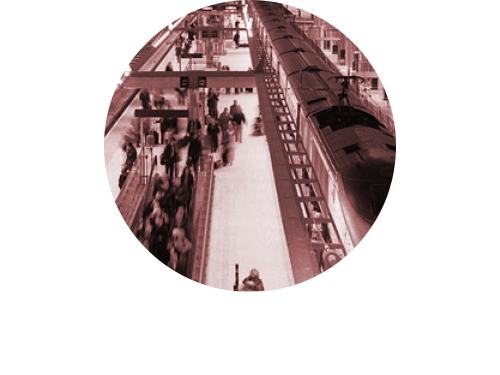