When it was formally opened at the end of August 2011 the €165m Helsinki Music Centre was hailed as one of Finland's most prestigious buildings and marked the end of a project that was first discussed over 20 years before.

When it was formally opened at the end of August 2011 the €165m Helsinki Music Centre was hailed as one of Finland's most prestigious buildings and marked the end of a project that was first discussed over 20 years before.

Located in the cultural heart of Helsinki, the building is the new home of The Sibelius Academy – the leading music university in Finland and the biggest of its kind in Nordic countries. Designed by Marko Kivistö, this impressive structure has 26,000m2 of space and the 27m high main concert hall seats 1,704 people. It also contains five smaller rooms for 140–400 listeners and these include a chamber music hall, a chamber opera hall, an organ hall, a ‘black box' room for electrically amplified music and a rehearsal hall.

Before the official opening the Finnish national broadcasting company, YLE, used it to transmit the election night broadcast for the country's parliamentary elections, and since then it has hosted a wide variety of concerts. Public safety is therefore a high priority for the building owners and no more is this better demonstrated than in the use of a state-of-the-art life safety system from Hochiki Europe.

The building took just over two years to construct and early on in the process Hedengren Security was commissioned to specify and configure the building's fire detection system which was installed by the contractor Sähkö-Aro Oy. Christer Sivén, the company's product manager, explains, ‘Hedengren is one of Finland's oldest and most respected companies and as well as enjoying a close working relationship with Hochiki, we also manufacture our own range of control panels. Our two systems perfectly complement each other and we have already successfully installed them in e.g. the House of Justice in Helsinki.'

The Helsinki Music Centre's addressable fire detection system is based around Hochiki's Enhanced Systems Protocol (ESP). Stuart Davies, Hochiki's marketing manager, comments, ‘ESP is a robust total communications solution for intelligent fire detection and fully integrated systems. It has a multi-purpose structure that provides the flexibility and expansion to accommodate addressable systems through to integrated building management and safety systems.'

Aesthetics were very important within the building and Marko Kivistö insisted that design continuity had to be maintained.

He requested that the multi-heat sensors be supplied in a variety of tones so that they could blend in with the overall look. Hedengren Security asked Hochiki to supply the products in ivory white, real white, black and aluminium and these were delivered to the site.

Due to the very high ceiling in the building it was decided that two Hochiki FIRElink aspirating fire detection systems also would be necessary in order to provide the requisite level cover above 10m. Aspirating detectors are around 10 times more sensitive than general point detectors and are therefore suitable for use in establishments such as the Helsinki Music Centre where there is a high density of people and an early warning is desired. The systems also offered an additional aesthetic advantage as the pipe work was hidden in the ceiling voids.

Hedengren Security worked closely with the other members of the construction team and the installation of the fire detection system took place over the course of one and a half years. The building was completed on schedule and was turned over to the owners at the end of April 2011. This allowed time for the musicians to get accustomed to the new concert hall and for the builders to complete the landscaping around the building before the formal opening in August. 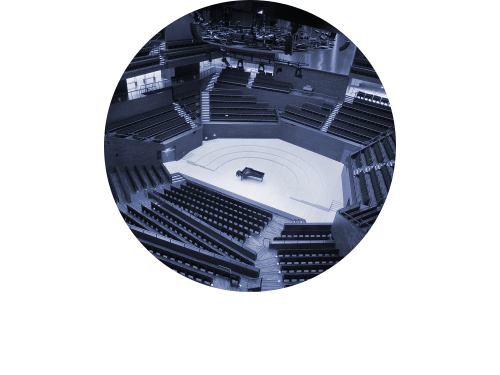